Thank you for the adjustable hospital beds

A short one to say thank you for the adjustable hospital beds. It was so providential that you gave them to us only a couple of days before the Christian Blind Mission team came out and did cataract surgery on 27 eyes.

Just a short one to say thank you for the adjustable hospital beds. It was so providential that you gave them to us only a couple of days before the Christian Blind Mission team came out and did cataract surgery on 27 eyes. I was allowed to stand in observing the operations on the first day as the surgeon from Michigan USA went right inside the eye and hooked out the cataract damaged lens and replaced it with a Perspex synthetic one. Truly amazingly skilful and courageous work. For the first few eyes the surgeon struggled with the beds adjusting attachments located on the end of each bed which we had two set up end to end so he could go smoothly from one patient to another as they lay head to head. We turned the beds end for end and butted them together again, this time without any restrictive bed parts to impede the surgeons movements. The surgeon was extremely happy with this set up and proceeded to smoothly operate on eye after eye. Pretty to watch.

The eye team used all four beds. One to lay the patient on to anaesthetise their eye and they were then transferred to the bed vacated by the last patient as the surgeon was operating on the person next to them. The other bed was used to lay out all their gear which was replenished and transferred to the next patient up for surgery.

The whole operation would have been so much more difficult without the beds and the eye team said this rural outreach was the best set up they had ever had. The six of them stayed at our house the four days and we had a good time in the evenings playing chess and drinking good PNG coffee and putting the world to rights.

Tomorrow I will be driving into Goroka to pick up our two Aussie friends, a married couple we knew in Caloundra the eight years we were there. They will stay two weeks and hopefully be able to send you some of the photos I took of your beds in operation (so to speak). 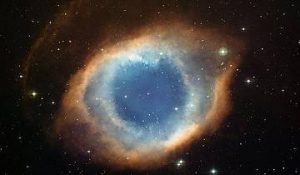