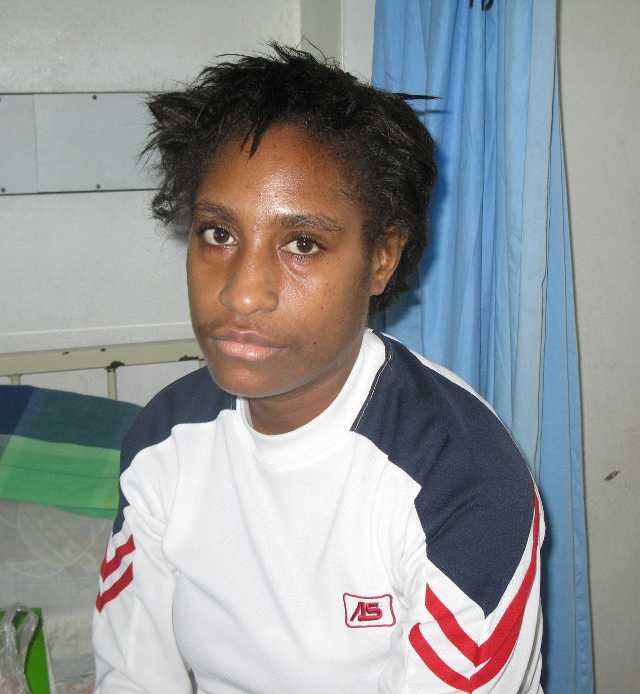 BECKEY Yamanea is a 19 year-old Grade 11 student at the Wabag Secondary School in Enga province. She is a promising young Engan lass and was in full swing in her studies but fell sick while at her school early this year.

The student was referred to Mambisanda Hospital but was later referred to the Port Moresby General Hospital (PMGH) in March. According to her doctors the initial clinical symptoms indicated that Ms Yamanea was suffering from leukaemia – cancer of the blood cells. A bone-marrow biopsy, an examination conducted for leukaemia, a nasty disease in which the bone-marrow produces too many white blood cells was ruled out. But she was diagnosed as having aplastic anaemia, unlike leukaemia is a blood disorder in which the bone-marrow doesn’t make enough new blood cells.

In other words Ms Yamanea’s bone-marrow stem cells were damaged and unable to produce enough new blood cells. This is a serious and life threatening illness and there is no treatment for such disease available for cure except bone-marrow transplantation, replacing the diseased bone-marrow with new bone-marrow cells from a donor in PNG hospitals.

Ms Yamanea is currently undergoing multiple blood transfusions which are not the cure but supportive treatment to relieve signs and symptoms by providing blood cells to her bone-marrow which her body is unable to produce. The teenager’s only hope of cure is to have bone-marrow transplantation. This can only be conducted in overseas hospitals and is a costly exercise.

She has a long way to live but this can only be achieved through successful bone-marrow transplantation. However, her family are unable to meet her medical fees and other costs required abroad for this operation. She is therefore appealing to those Good Samaritans out there to help her with financial assistance so that her hope to live can be made possible and realized.